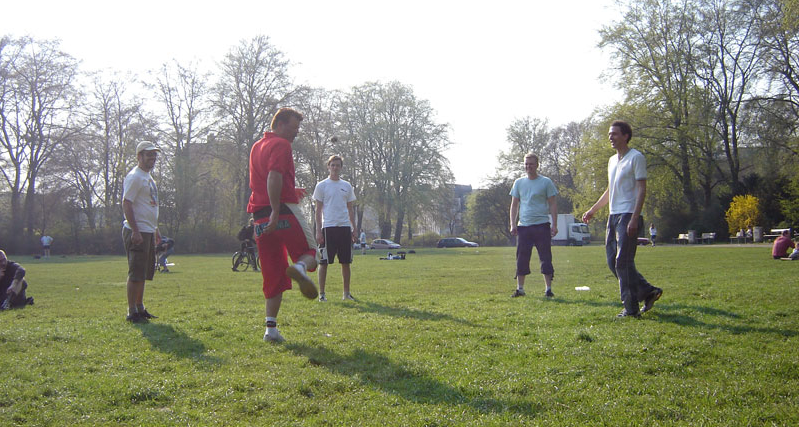 The first footbag was made in 1972 by Dr. Mike Marshall. He took the end of a sock and filled with peas. Mike Marshall tried to control it by only using his feet to kick it.

He showed his new hobby to a former American Football player, John Stallberger, whom he had met at a local festival in Oregon, USA. The two of them started playing together. They named the little bean-bag “Hacky Sack”, because that was what they said to each other when they wanted to play: “let’s hack the sack”. In the start they experimented with different sizes for the Hacky Sack and the first primitive attempts was made of worn denim filled with rice, peas or beans. In 1975 Marshall and Stallberger were ready to make their breakthrough in the American market with the Hacky Sack. Unfortunately Mike Marshall had a fatal heart attack one night when he was asleep and he died at the age of 28. Fortunately this tragic incident did not influence Stallberger’s dream of getting the Hacky Sack spread throughout USA. With renewed inspiration and motivation he managed to spread the phenomenon and thus realizing their shared dream.

In the 80’s a massive sales campaign in USA turned the Hacky Sack into such a major craze that the phenomenon truely caught on. The Hacky Sack became a “trademark” attached to a certain producer. Therefore the sport and the whole concept of the Hacky Sack got a new universal name: Footbag. However, there are still many that know and use the term Hacky Sack. During this period the sport evolved to have to two basic variations: Footbag Net and Footbag Freestyle.

The quality and specialization of footbags have become much greater since the time when the original primitive Hacky Sacks dominated the market. The number of disciplines, players and clubs all over the world has grown tremendously through the past 20 years and especially explosively the past 5 years. This is partially due to the easy access to information, communication and video clips that the internet provides today. The term Footbag or Hacky Sack has become a part of the modern lifestyle, and for the majority of the young people it is a trendy, funky, challenging summer game. They do not practice all year, but use it as a cool summer activity. Footbag is enjoyed in all layers of society because it is an underground sport that allows everybody to play regardless of their skill, age or culture. 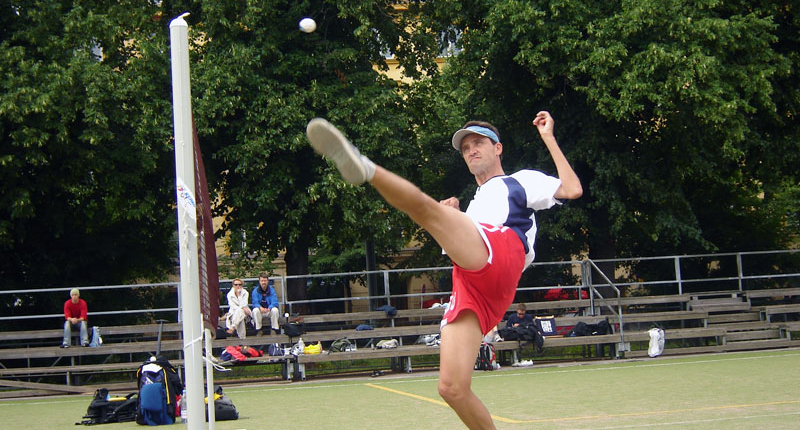 Footbag Net is a very fast game that resembles both tennis and badminton, or is it beach volley? No matter what the similarities may be, there is one interesting difference – you play solely with your feet!

Footbag Netis a very requiring sport and we recommend you have a little previous experience about footbag before entering this game. Net players use a hard footbag and play on a court with almost the same measures and net height as a double badminton court. Footbag Net can be played as single and double, and the players compete in best out of three sets playing to 11 or 15 points. This discipline is inspired by the net game Sepak Takraw and has many similarities although the rules and number of players are a little different.

The rules in footbag net are roughly as follows: In singles you are allowed up to two contacts, and in doubles three contacts on each side of the net. In double a player may not have more than one contact/kick at the time, just like in beach volley. If the footbag has contact with other parts of your body than your feet, it is a upper body fault.

As opposed to freestyle footbags, a net footbag are hard and made from a thicker and stronger material called vinyl. 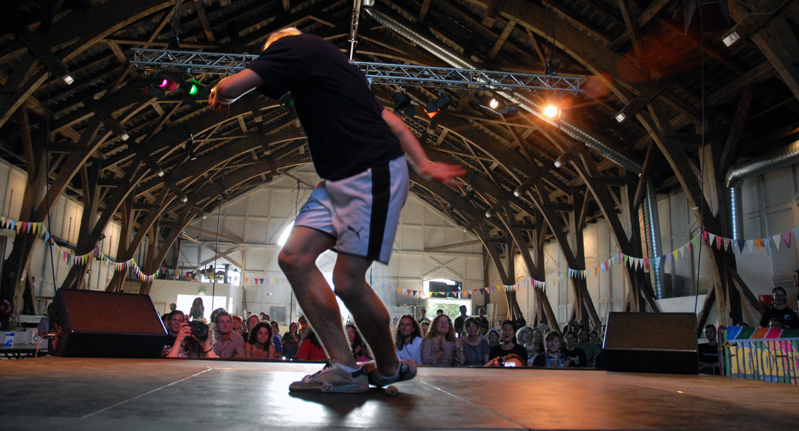 As the name suggests freestyle footbag is a discipline where you play without limitations. Anywhere, any time. It does not matter how good you are, as long as you have a real freestyle footbag.

Freestyle can be enjoyed alone or with others, but typically it is played in circles of 2-5 persons. The point is to keep the bag in the air for as long as possible, may this be alone or in a group. You perform different kicks, stalls and tricks in a way that makes the game pleasant to watch. Like many other sports, footbag freestyle has an artistic as well as a technical side to it.

To obtain optimal control in freestyle you need to use a soft, almost “sloppy” footbag. In other words: a freestyle footbag should have a diameter of 4-6 cm. and weigh approximately 25-45 g. Real freestyle bags are made out of thin and very soft materials. They only have little filling and are sewn with hidden seams. A freestyle footbag typically has been filled with plastic beads or sand. So basically a cool freestyle bag should be kickable but most importantly stall-able without rolling off your foot. 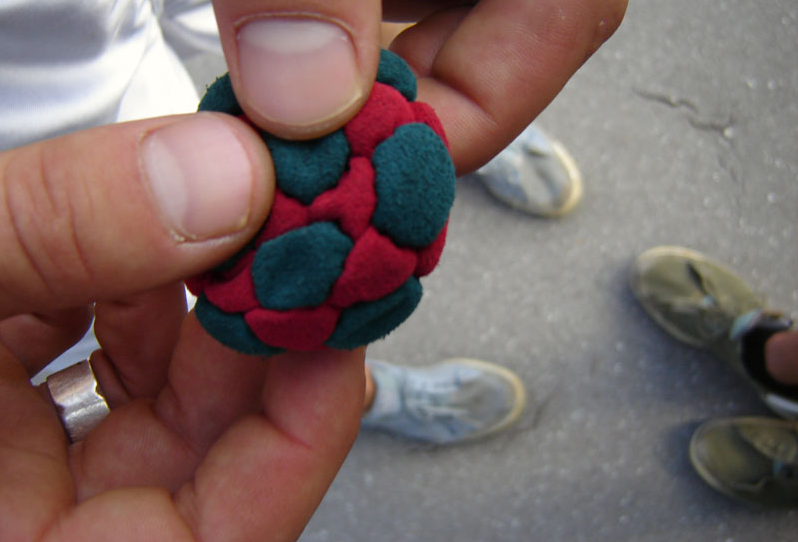