Warsaw is the capital of Poland, with 1.7 million inhabitants. As the city is situated in the centre of the Old Continent, it combines the impacts of both Western and Eastern Europe. Because of turbulent history, it is the city of contrast and mixture. Royal palaces from the 18th century stand next to Communist blocks, as this style prevailed after World War II for over 40 years. It all mixes with modern glass skyscrapers which make Warsaw one of the fastest developing European cities, a financial and cultural capital of Central Europe. 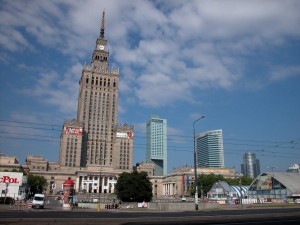 It is forbidden to smoke in most bars/clubs/restaurants and to drink alcohol in the street (even beer).

Wi-Fi is available in most hotels and bars.